Tickets on sale at 12:00pm on Weds 7th January.
We take great pleasure in throwing open the doors to 2015 and striding forth into the future, proudly flying the flag of Rumpus!   The get the ball rolling some heads will be rolling, because we start the year with a celebration of Revolution and Evolution.
Celebrate the atavistic urge to howl at the moon; prepare to overthrow the old and brush up on your Hegel!
We’re still pulling strings here at Rumpus HQ to find a way to somehow fit EVEN MORE fun into the Metalworks, but in the meantime, please be feasting your eyes upon a line up that has already been described by the British Medical Association as “dangerously overstimulating”.
We are very proud to be hosting Crash Nomada, an internationally acclaimed powerhouse of exactly the kind of Folk Punk that’ll keep us bouncing through their set!  They are flying over from Sweden to make the most glorious and electrifying noises straight into our earholes and all the way down into our souls!
And we’ve been hearing rumours that the Pan European Council of Anarchists, a shadowy 18th Century organisation that strikes fear into the very heart of The Establishment, will be infiltrating the event to hold a conclave and select a new member.  Expect to be set challenges to prove your dastardly wiles.  And beware: numerous agents of many other organisations will be present, trying to infiltrate the infiltration.  Who can you trust as you plot your way through The Magnificent Bastard’s immersive theatre experience? The answer, I’m afraid, is not even yourself.
Tickets on sale at 12:00pm on Weds 7th January.
Spread the Word! 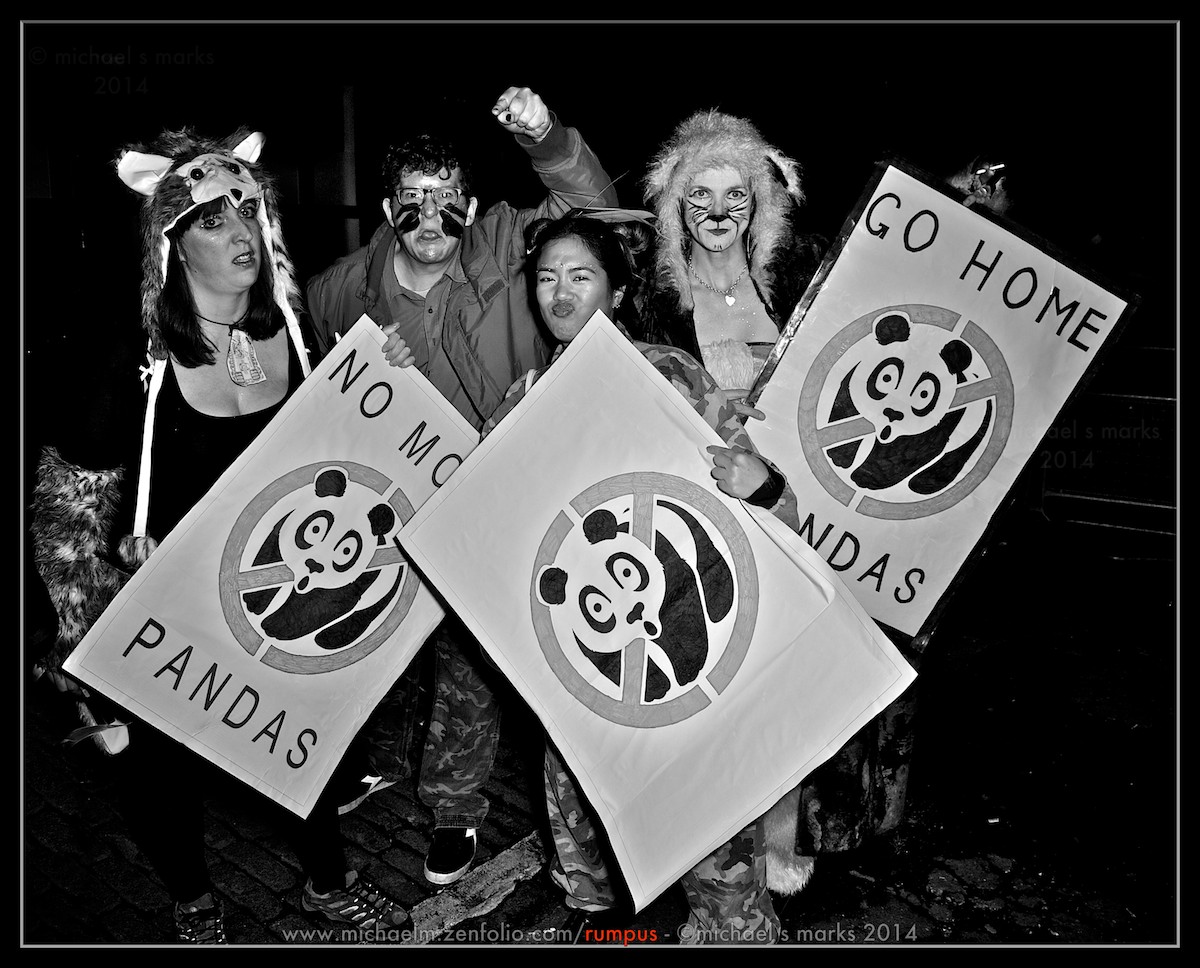 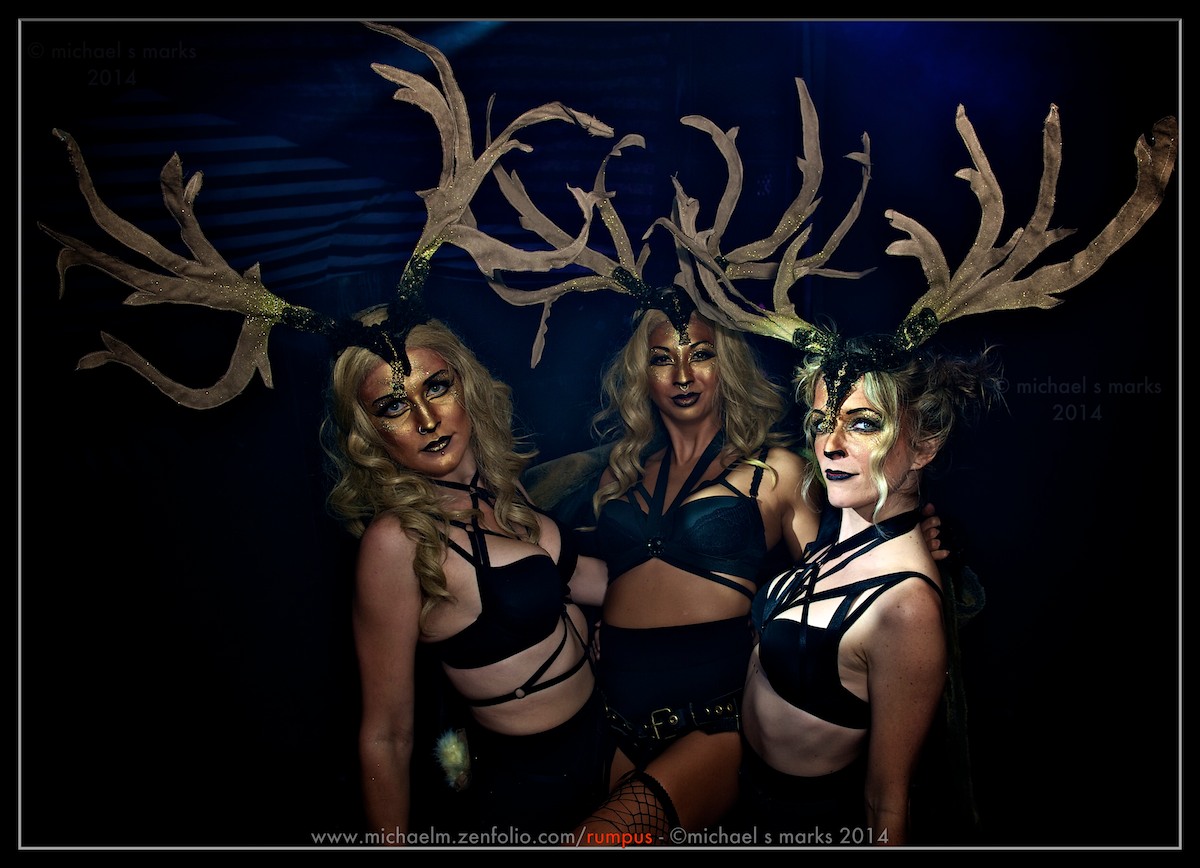 Crash Nomada – International giants of Folk Punk fly over from Sweden for a one off gig at Rumpus!
The Slytones – Everything from schizophrenic fairground avant-pop and queasy skanking swamp-ska to crunching left-brain hard rock and mad scientist anti-funk
Sacha Dieu – The Godfather of Electroswing
DJ Jamie Moon – The sharpest dressed DJ in London, playing the sharpest beats

Our friends at Hot Cakes have achieved the rare feat of filling dancefloors on both sides of the Atlantic – in Miami, Spain and London – and even as far afield as Russia. They are all about rambunctious, no-nonsense bass music cut through with junglistic drums and firing b-lines. Expect breakbeat, jungle and plenty of grimey low-end to get the bassbins booming.  Deekline–  balancing on the very cutting edge with effortless flair. Head of the London to Brighton-spanning Hot Cakes collective of producers, promoters and DJs.Jurassik – We’ve been raving to his tunes even longer than we’ve been running Rumpus! We ran some of our first ever parties with this giant of Breakbeats, famous for combining jungle, garage and breakbeat flavours into the rich matrix of roughneck riddim that is UK bass music in 2014. Martin Flex aka PureSX – one of the freshest names on the booty breaks scene, a producer who knows how to drop the 808 boom and send the bodies flying around the room. Blasting out of the thriving UK underground since 2008, he currently DJs all over the world from Florida to Spain, Russia to London and beyond.Final Conflict  – Forged on the Manchester breaks scene back in 2003, Final Conflict will take you on a journey though all things bass, from trap to glitch hop, breaks to dnb.
Bob B-Wrong –Suck My Rock lynchpin and pioneer of the “Boink!” sound,  can do no wrong when it comes to tunes! Bob B-Wrong is notoriously linked with the Burning Man scene. Most recently playing at Vienna Burning Ball, Berlin Bar and London Decompression you can be sure of plenty of fun whenever he steps to the decks!https://soundcloud.com/bobbwrong/noreen-get-my-slippers-sunday

Room 3 – Hosted by the Magnificent Bastards 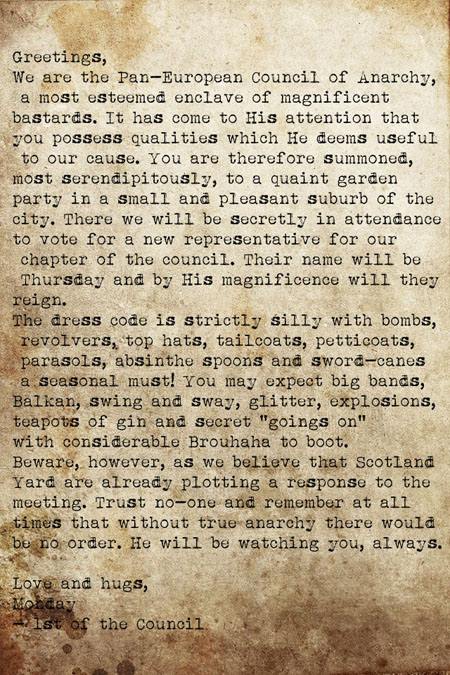 Featuring
Rum Buffallo – Fornicating with forgotten songs, they mingle the rich antique roots of western swing and moody blues.
Mariachi El Pinche Gringo – Nothing we have ever seen upon a stage has ever made us happier than these boys.
The Roustabouts – The most devilish and delicious vilains of vaudeville.
Talijanska – We met this outstanding man on an East German fishing trawler.  He played us his music.  The rest is history.
Grandmaster Faff – Funtimes party music for the Spandex Generation!

At the back of the room, past the bodies swirling to the old time sound of jazz played by the finest musicians, sits a man hidden in the shadows.  A woman, layers of mystery draped over her tighter than the dress she’s wearing, pushes a brown envelope along the table top to him, and before leaving says only, “Vive la resistance”.

Line Up to be Announced.

The people took up weapons, fighting for what wanted: for DJ The Alchemist and his cadre of musical heroes to return to the decks!
A rather wide variety of the most stimulating entertainments and diversions will br presented for your pleasure in the Courtyard – wait a week or two and we’ll reveal all!

VJ Harper continues to play music for the people! As usual, drop her an email with any songs you’d like her to blast out during her trademark Cinerave set!